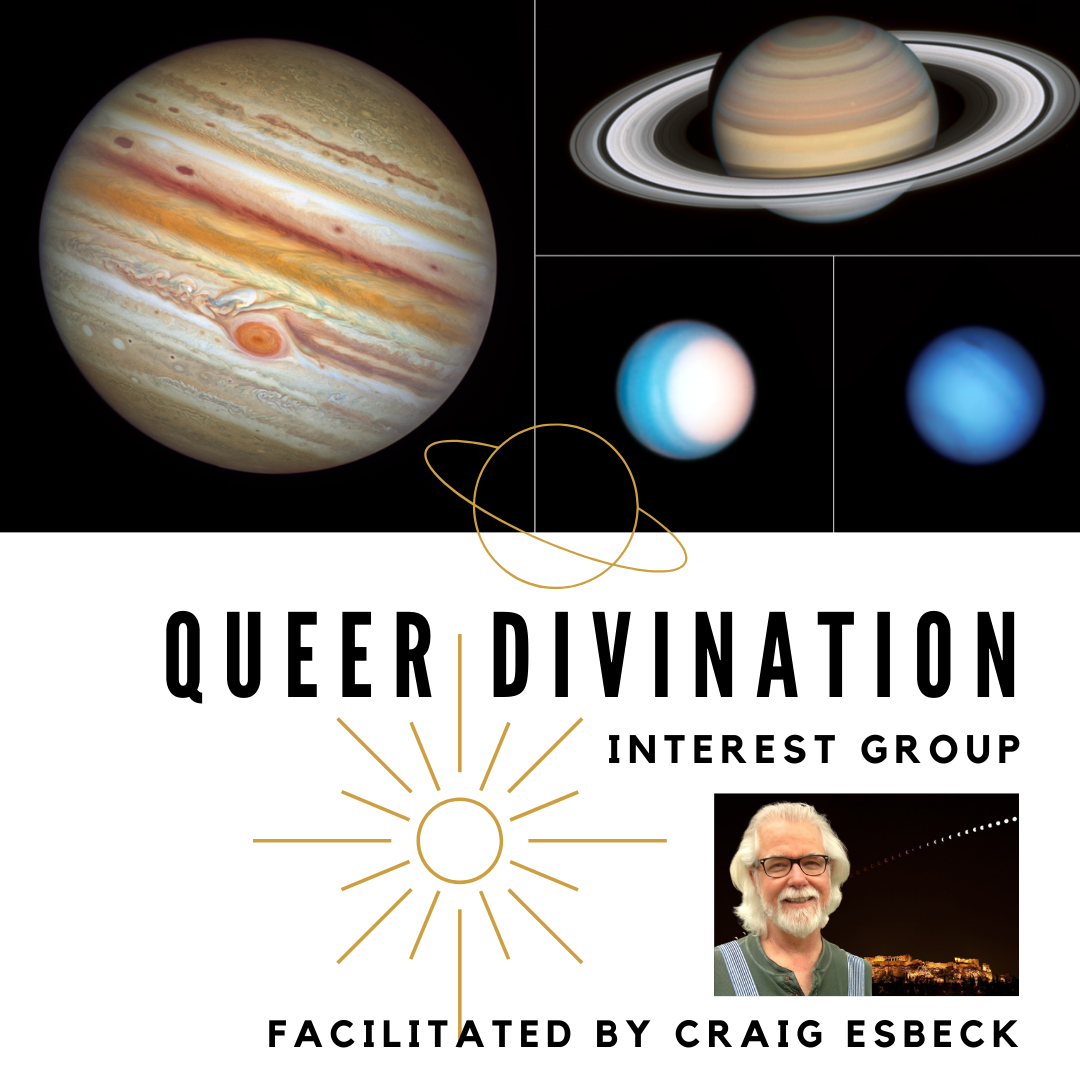 Learn more about Craig:
Craig was born when Elvis’s “Love Me Tender” was topping the charts. He grew up in small town Iowa, enchanted by “The Wizard of Oz,” just waiting for the day a tornado might take him off on a faraway adventure. He found a profession in education and this allowed him to live and travel all over the world. He was an out, gay primary school teacher in the 1980’s and 90’s in rural Iowa and Minnesota. Later, he was a very closeted education entrepreneur in Uganda for twenty years. He has three adult sons and is now happily resettled and retired in Iowa; in full agreement with Dorothy Gale that, “There’s no place like home.” Tarot and dreamwork have been interests of Craig’s since graduate school. He discovered Hellenistic astrology during the pandemic when he was stuck in Uganda and landed on the YouTube channel of Acyuta Bhava-das, with whom he has studied over the past two years. He’s looking for a community of fellow seekers who are keen to develop their facility in the divinatory languages of the Tarot, astrology and dreamwork.